Skip to Main Content
It looks like you're using Internet Explorer 11 or older. This website works best with modern browsers such as the latest versions of Chrome, Firefox, Safari, and Edge. If you continue with this browser, you may see unexpected results.

This guide is designed to help students learn about APA style and cite sources for their research.

A digital object identifier (DOI) is a unique code assigned to an electronic publication so that it may be located on the Internet through a persistent link. It is recommended by the APA that when a DOI is available, it be included for both print and electronic publications.  If a DOI is included, no additional Internet retrieval information is necessary.

Not all publications have a DOI, but you can look up an article on the CrossRef web site to find the correct DOI to include in a reference:

In general, only the first letter of the article title and subtitle are capitalized, with the exception of proper nouns.

The first letter of every significant word in the journal, magazine or newspaper title is capitalized, with the exception of articles and prepositions, such as an, the, of, in, etc.

One Author (Journal Paginated by Issue):

Note: If an article has more than seven authors, list the first six authors followed by an ellipsis ( . . . ) and the last author's name.

Note: If there is no author's name provided, begin the reference with the article title followed by the date. In-text citations should include a shortened form of the title in quotation marks followed by the date (see below). All significant words in the shortened title in the parenthetical citation should be capitalized.

According to Botkin et al. (2007), there is no reliable way to forecast rates of extinction.

Global cooling can be seen as the result of natural cycles, whereas "climate warming" may be caused by the accumulation of greenhouse gases in the atmosphere due to human acitivity, such as industrial pollution and land use (Vogel & Lazar, 2010).

The destruction of maple trees due to the double threat of long-horned beetles and global warming would have financial repercussions, specifically for "tourism, forestry and the $15 million annual maple syrup industry" ("Maple Trees," 2012, p. A7). 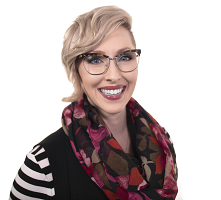